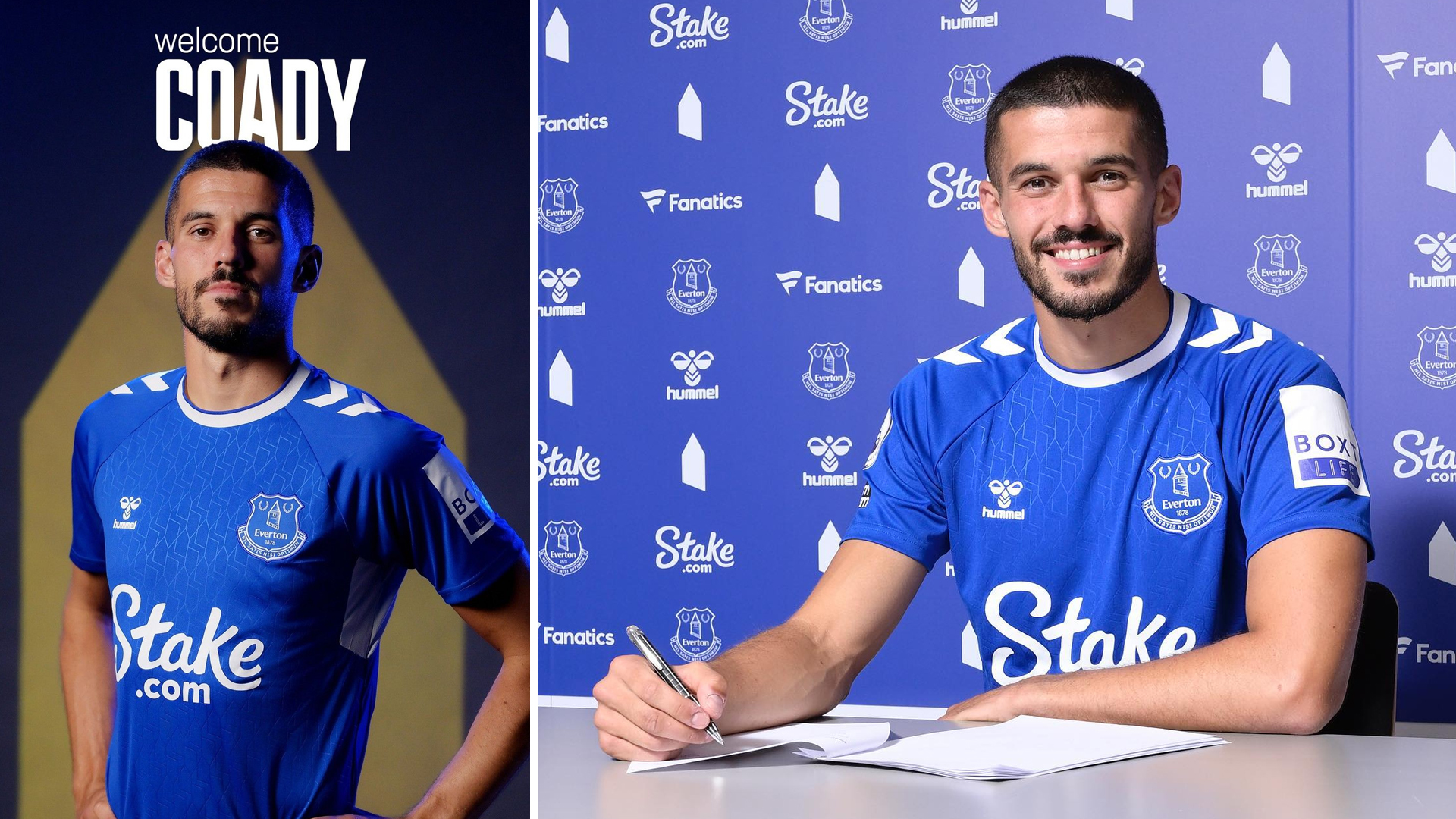 EVERTON have confirmed Conor Coady has joined them from Wolverhampton Wanderers.

The Liverpool academy graduate, who has ten caps for England, is back on Merseyside on a season-long loan at Goodison Park.

“As soon as I heard the interest, from the manager but also from the football club itself, I really wanted to be a part of it straight away. I’m over the moon to join.

“I grew up around the city, I know the football club, its size and what it means for the fans.

“I’m someone who desperately wanted to come here, play for this club. I have family and friends who are huge Evertonians.

“I’m here to give absolutely everything I have for this football club. It’s important that I work as hard as I can to help my teammates, move the club forward and make people proud.

Everton boss Lampard was desperate for cover after losing Ben Godfrey to a broken leg just ten minutes into the Toffees’ season opener against Chelsea on Saturday.

The Toffees also lost fellow centre-back Yerry Mina to an ankle injury in the 1-0 loss at Goodison Park.

Coady started his career in Stanley Park at Anfield but got his first taste of senior football on loan at Sheffield United in 2013/14.

JOIN SUN VEGAS: GET A FREE £10 BONUS WITH 100 GAMES TO PLAY AND NO DEPOSIT REQUIRED (T&Cs apply)

He then headed for a permanent move to Huddersfield Town the following campaign before Wolves signed him in 2016, where he went on to captain the club until promotion.

Everton director of football Kevin Thelwell said: “Conor is a high quality player who I have had the pleasure of knowing for many years.

“I have no doubt he will be a great addition to Everton and our squad.

“I and Frank continue to work closely with our Chairman, who has unparalleled experience in player negotiations and we are confident that together we will deliver the additional quality we have targeted by the end of the month. “

He will wear the number 30 shirt for the Blues after becoming their fourth summer transfer window signing following the arrivals of James Tarkowski, Ruben Vinagre and Dwight McNeil.