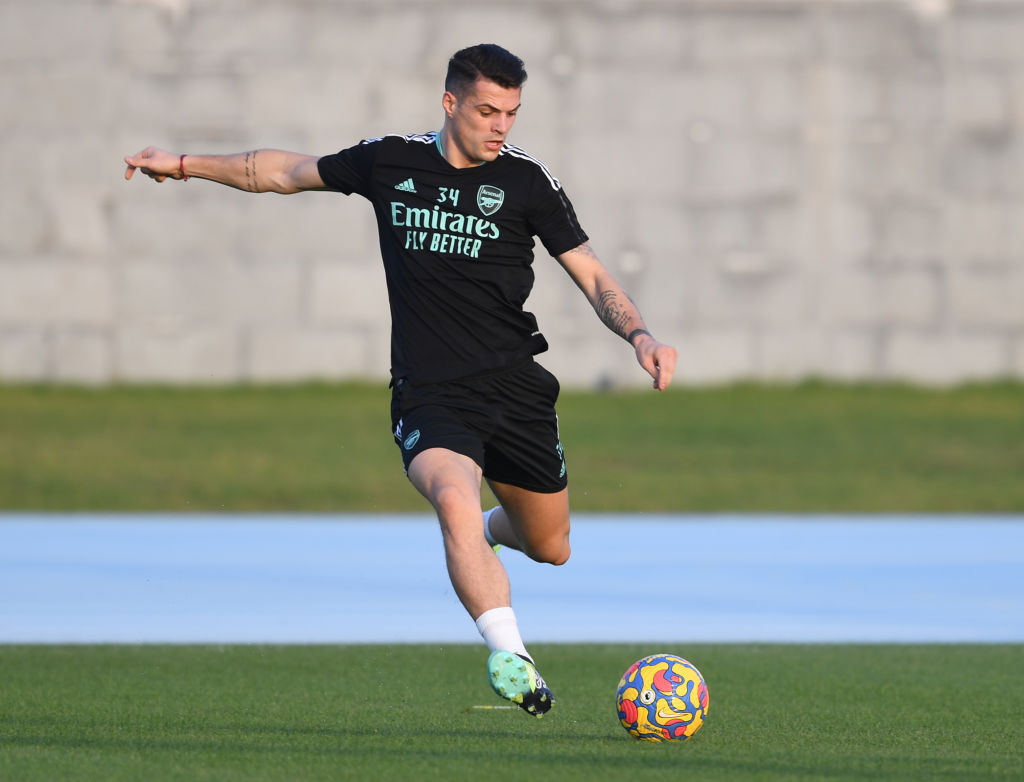 Speaking on the Here We Go podcast, Fabrizio Romano discussed Granit Xhaka and his future at Arsenal.

The Swiss midfielder was heavily linked with a move to Roma this summer, and at one point it really looked like he would be leaving the Emirates.

However, here we are, the January window has passed and Xhaka is still on the books at Arsenal.

However, Romano says the midfielder could be on his way this summer, saying a move to Roma is one to watch.

What did Romano say about Xhaka?

The journalist has shared what he knows about the Arsenal ace.

“They had rumors about Xhaka, but it was never real. I would watch Xhaka to Roma in the summer, not for January, but one for the summer, it might be up for review,” Romano said.

Xhaka may be entering the final months of his career as an Arsenal player and, to be honest, it’s probably time for him to leave.

The midfielder has been a great servant to the Gunners but his lack of discipline remains a problem.

With the London club currently going through something of a youth revolution, Xhaka’s departure would make sense.

A move to Roma would also suit Xhaka. He’s the type of player Jose Mourinho would love, and the slower pace in Serie A could allow him to make fewer high-profile mistakes.

In other news, ‘You won’t need it’: Alvaro Morata reacts to Tottenham’s deadline call

How AI is speeding up insurance claims processing