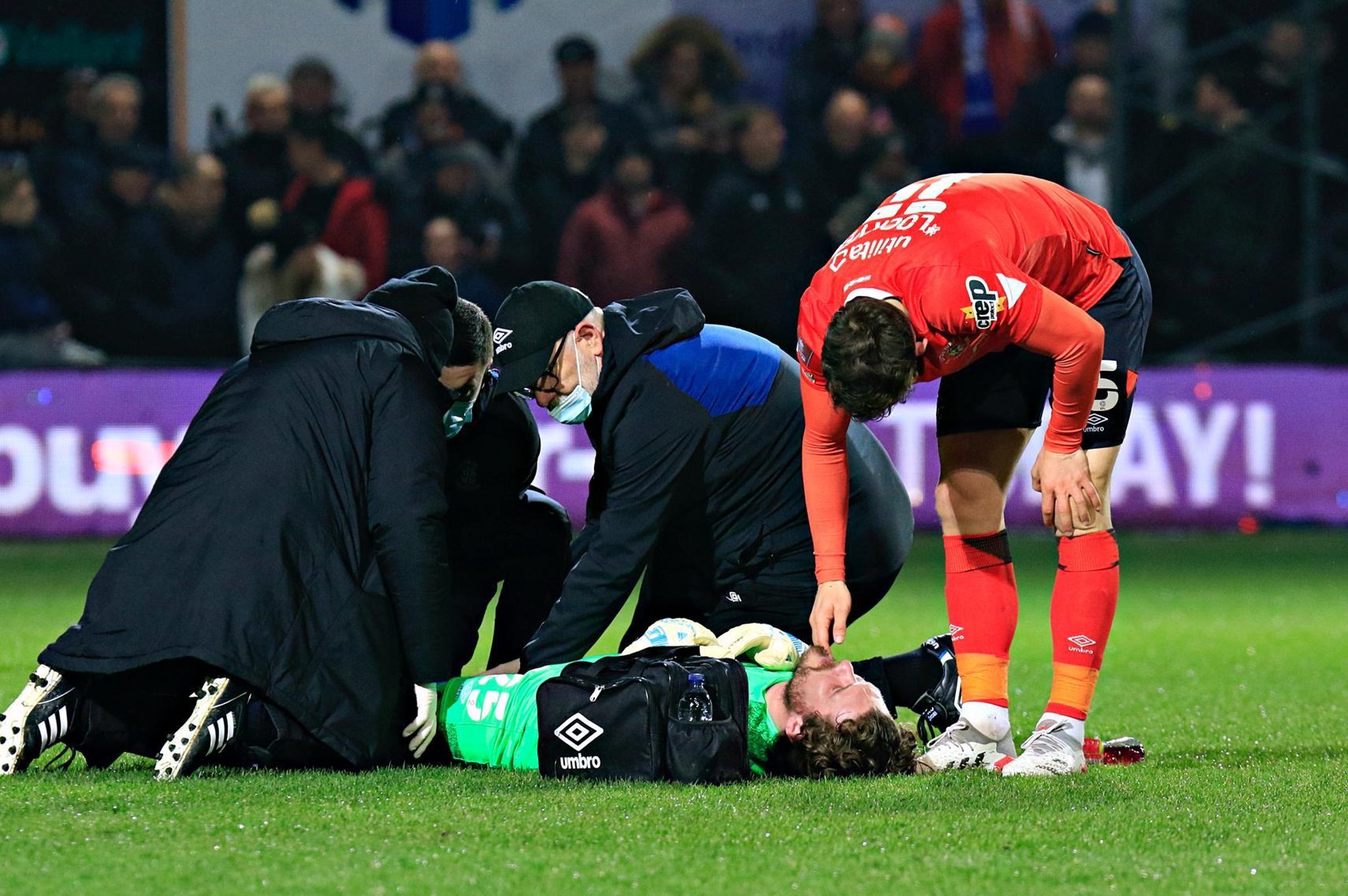 The 29-year-old collapsed to the ground after just 14 minutes coming out to collect a long ball overhand, immediately holding the back of his heel, an injury he suffered twice in his career until here.

He was laid down with Harry Isted in his place and although he didn’t reveal the extent of the diagnosis, Jones said: “It’s not a good injury.

“We won’t divulge too much because it’s confidential and he’s the Villa player, so they’ll come out and say, but it’s not a good injury.”

The doubly frustrating thing for Jones was that Steer wasn’t supposed to start against the Blues, only included after James Shea suffered a hamstring strain in training.

He continued: “We were so unlucky.

“James Shea does something to his hamstrings in a running session after the game, so it disturbs us because he would have played against Chelsea and then Jed wouldn’t have injured himself if you will.

“So there are so many circumstances around things like that that can’t be helped, but you just have to adapt.”

With Steer and Shea out and Isted not having played enough games to qualify as a senior goalkeeper, it meant Jones had to draft Alex Palmer from West Bromwich Albion on an emergency seven-day loan. days.

He made his debut in yesterday’s 2-1 loss at Middlesbrough and will feature on Tuesday night’s trip to Coventry, before returning to the Hawthorns if Shea is fit enough to return.

Jones continued: “We only have one fit keeper and that’s Harry Isted and Harry hasn’t played five games.

“So if something had happened today, we should have put Kal (Naismith), or Cameron Jerome, or whoever we had to put in the goal.

“So we have to sign one, an emergency until James Shea is fit.

“We hope James Shea is not too long, but in the meantime we had to take out an emergency loan.”

After a quiet opener at the Riverside, Palmer, who has played just once for the Baggies this season in August, found himself facing Paddy McNair from the penalty spot after 17 minutes, the former Manchester man United sending him the wrong way to open the scoring. .

He was then beaten three minutes from time by substitute Duncan Watmore as Harry Cornick’s stoppage-time goal was a consolation.

On his debutant’s display, Jones added: “Maybe he could have done better with the second goal, at the near post, but he didn’t have much to do.

“It’s difficult to come in, he came to train with us yesterday, so it’s a difficult situation.

“We could have defended (the first goal) better.

“We know their strengths, we haven’t defended the build-up well enough.

“Defending the build better than we don’t concede it, and that’s what’s frustrating.

“But we weren’t incompetent in the first half, but we were nowhere near the levels we normally reach.”