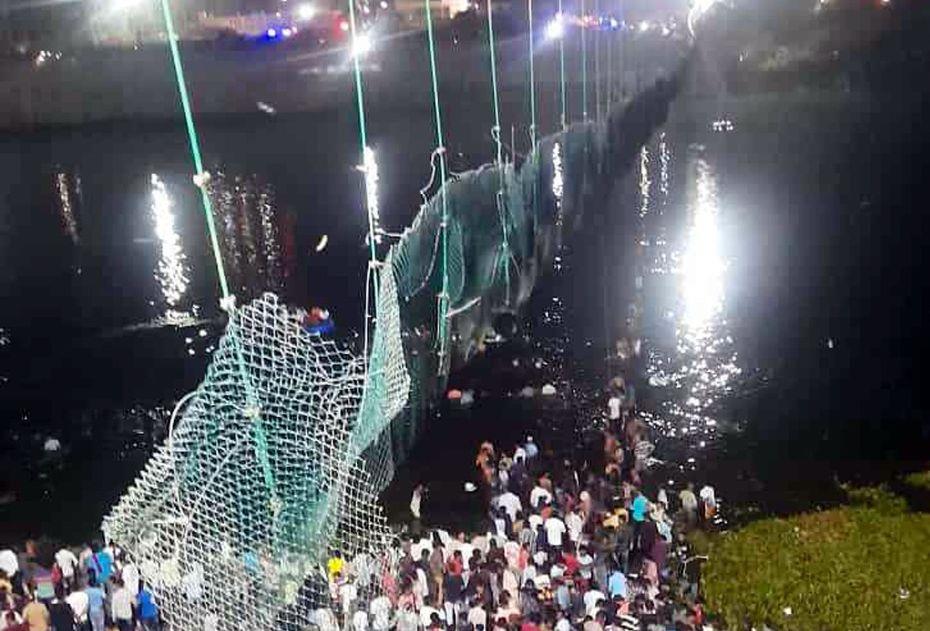 The horrifying collapse of the suspension bridge over the Machchhu River in Morbi, Gujarat brings back painful memories of many other preventable man-made disasters in the country caused by ruthless neglect. Ironically, days before it reopened, Jaysukhbhai Patel, Managing Director of Oreva Group (Ajanta Manufacturing Pvt Ltd), which had been awarded the contract to repair and maintain the bridge, told a press conference that the repairs would last at least eight to 10 years. They didn’t even last eight days.

The inspection, assessment, rehabilitation and maintenance of old suspension bridges is extremely complex and specialized work, especially when it comes to the main supporting part – the cables. Wires can crack due to active and stress corrosion. This iconic 143-year-old, 233-meter-long structure, supported by cables, required experts in the field to restore it and ensure its safety.

According to preliminary investigations, the floor of the bridge has been replaced, thus increasing its weight. But the old corroded cables were neither changed nor reinforced.

On the day of the accident, there were approximately 250 people on deck. Public safety was compromised at every step. How can the government allow a private entity to inaugurate and reopen a public bridge?

Yes, Oreva was at fault, but the public authority is also responsible. The government had a greater responsibility: to entrust the work to experts. Given the age of the bridge, it was also necessary to have an independent safety audit carried out after the completion of the repairs, to determine its bearing capacity and to ensure good crowd control. Failure to do all of this is a violation of the fundamental rights of citizens.

In addition to criminal prosecution, the amount of compensation determined by the court must be paid not only by Oreva, but also by government officials who failed to secure the bridge.

The Supreme Court has consistently spoken of having comprehensive legislation to deal with the tort liability of the state and its organs.

In Municipal Corporation of Delhi Vs Uphaar Tragedy Victims Association (2011), the Supreme Court referred to this: “We hope and believe that the legislature will give utmost attention to putting in place appropriate legislation to deal with public law claims for violation of fundamental rights guaranteed to citizens, at the hands of the State and its agents”.

Subsequently, in 2014, in Vadodara Municipal Corporation Vs Purshottam Murjani, he again spoke of the need for such a law. In August last year, the Madurai Bench of the Madras High Court ordered the Union Government, in response to a written petition, to consider bringing forward a State Tort Bill. within six months (K Pushpavanam Vs Union of India).

Finally, in tragedies such as these, the criminal lawsuits as well as the civil lawsuits brought by the families of the victims to obtain compensation drag on for years, plunging many families who have lost wage-earning members into deep economic distress. .

The slowness of the legal system actually punishes the victims rather than the perpetrators. There must be separate expedited tribunals exclusively to deal with such man-made disasters so that the case is quickly closed and justice is done.

— The author is a consumer rights expert