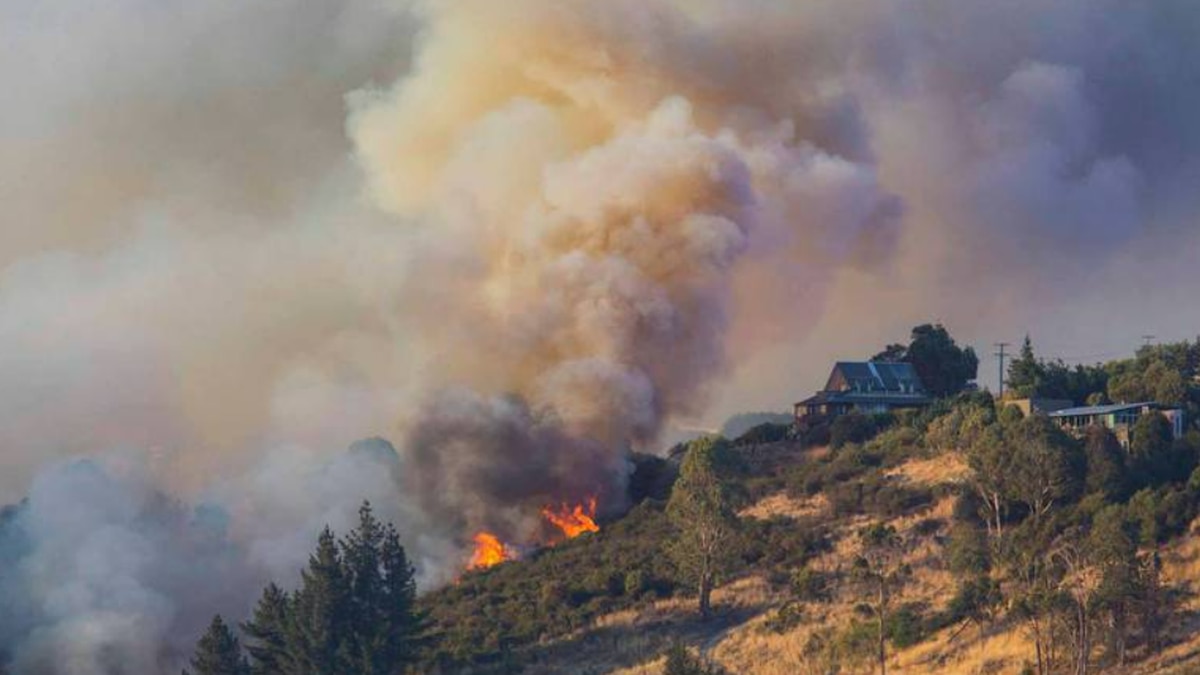 The cost of fighting the Port Hills fires reached $7.9 million, including $2.1 million for airfare alone.

An adventure park ordered to pay $12million in damages following the 2017 Port Hills fires says it had no idea its chairlift was a potential fire hazard and could contribute to the spread of the fire.

The blaze, which was ignited by an arsonist near the boundary of Christchurch Adventure Park (CAP), has burned nearly 2,000 hectares of forest, 11 homes and caused extensive property damage to dozens of homeowners.

This resulted in a large-scale firefighting effort lasting several days.

Last year High Court Judge David Gendall ruled that although CAP did not start the fire it was responsible for spreading the fire and ordered the company to pay the owners of 80 homes damaged a total of $12 million.

This decision was based on CAP’s failure to remove the plastic chairs from a chairlift it continued to operate during the fire.

The park today challenged liability for damages in the Wellington Court of Appeal, saying it was not properly advised of the risks by chairlift company Doppelmayr.

‘All the defendant did here was continue to operate a chairlift in accordance with the operator’s manual in the face of an arsonist’s fire,’ lead defense counsel Campbell said today Walker QC.

As the fire raged through the hills of Port, CAP staff left the chairlift running to try to avoid damage to the transport cable.

Chairs caught fire and molten plastic fell onto dry uncleared pine trees below, sparking spot fires that grew into a large outbreak that raged through nearby properties.

The 80 plaintiffs filed a civil suit against the park, which cost $20 million to build and had only been open two months before the fire.

Walker argued that the park had not been told by the chairlift company that melting chairs were a potential fire hazard, and nowhere in the manual or instructions was this mentioned either.

He said this suggests the park did everything it could have done with the information available and that the fault lay with the chairlift company’s lack of information.

Walker said the elevator was operating during the fire so the haul rope, made of a hard plastic center and steel outer wiring, would not break.

The seats weren’t in the forefront of the park’s mind because they didn’t know the potential risks in the first place.

Walker said the concerns were primarily about safety, not the park protecting the elevator asset.

“You don’t want a carrying rope on a long chairlift to break,” he said. “It’s not the park trying to calmly protect its assets – it’s about security.”

The chairs were eventually removed during the fire, but the process was slow, taking around six to eight hours, and done only because the chairs were bunching together due to a technical issue and straining the carrying rope.

If removing chairs were an obvious and essential course of action during a fire, it would be easier to do so and would be mentioned in the fire safety plan or manual, Walker said.

Walker said the manual is meant to be applicable and not something to deviate from or adapt to and that it was unreasonable for elevator managers working during the fire to predict what would happen and how. react when the elevator company failed to address the potential disaster. themselves.

Ring said wildfire was a major foreseeable hazard and vegetation left under the chairlift was a breach in the fire safety management plan.

He also said predictability played a role in this occurrence, as the haul rope was activated to avoid impacts from a fire several days before the chairs were removed from the rope.

Ring said the park had ample opportunity over the three days to remove the chairs.

“They had a ton of time, a ton of opportunities and a ton of talent present that could move the chairs out of line by Wednesday morning.”

The hearing is expected to last two days, with attorneys for continued submissions from the owners tomorrow.