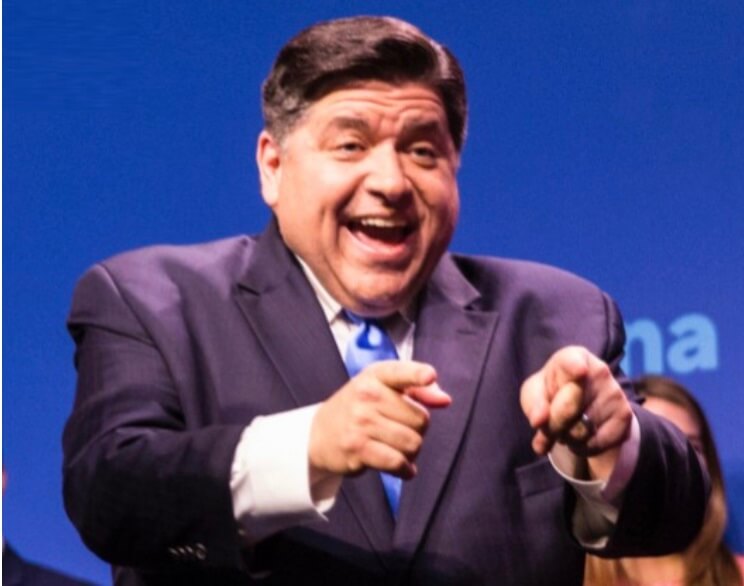 There’s a lesson here not just about Illinois pensions, but how easily the press will let Governor JB Pritzker thumb his nose at the crisis.

We reported on Wednesday that the total unfunded liability for Illinois state pensions and local pensions has passed the unprecedented $ 500 billion mark. This includes the health care commitments of retirees, which are constitutionally guaranteed, just like pensions. It is based on figures from Moody’s Investor Services which use assumptions comparable to those used in the private sector and are less optimistic than those used by the state.

Greg Hinz of Crain has requested a response from Governor JB Pritzker’s office.

“Pritzker’s office rejects the idea that he has done too little,” Hinz wrote. “Measures such as the discounted buy-backs of some pensions have” started to curve the curve “as the percentage of total spending on pensions is now flattening, a spokeswoman said in an email.

Absurdity. Pritzker has done nothing major to fix pensions and it is particularly dishonest to cite pension buybacks as an example of progress.

Pritzker has long bragged about pension buybacks but still refuses any support or analysis showing that the buybacks would have a significant effect. We and others have written about this on several occasions.

Yet the claim by Prtizker’s office that he is “bending the curve” of pensions through things like buyouts was unchallenged in Hinz’s column. Time and time again we see this happening with the press and Pritzker. The right questions are seldom asked. When they are, Pritzker either ignores them or conceals them.

In fact, Hinz’s column, ostensibly on our report and our Facebook Live event on the $ 500 billion mark, didn’t even focus on that or the state’s inaction. Instead, he went after Pritzker’s Republican challengers. The headline was “GOP rivals rip off Pritzker on pensions.” Their response ? Good…. ”And that’s what the article was about. It was mostly comments from candidates seeking to challenge Pritzker for governor who did not offer specific retirement solutions.

It’s true that they didn’t, but that’s not quite fair as we didn’t ask them and gave them little time at our Facebook Live event. Maybe they weren’t specific elsewhere either; I do not know. It’s up to journalists to ask questions and identify them. Ditto for Pritzker.

We invited Pritzker but he refused to participate. It’s also worth noting that we know that at least one of these challengers is in favor of a constitutional amendment to the Illinois pension protection clause, which we feel is essential. Representative Darren Bailey is the sponsor of a bill calling for this amendment, which Pritzker opposes.

Five hundred billion dollars in unfunded pension liabilities may be too high a number for some people to understand. Here is a little point of view. If the rest of the country were burdened with the same unfunded retirement debt as Illinois, prorated by population, the total would reach about $ 13 trillion, which is almost half of the federal debt.

No one in either party should get rid of a problem of this magnitude, and the press should demand honest answers. But maybe it’s just us and a few other carnival barkers, as we’re called.

* Mark Glennon is the founder of Wirepoints.

Here are a few more articles from Wirepoints and others on Illinois pension buybacks: