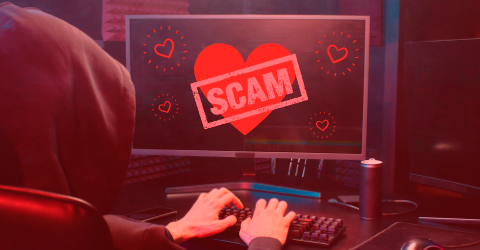 KUANTAN: A retired teacher lost all her life savings after being duped by a romance scam syndicate that ended in her losing RM472,941 to a non-existent money lending scam.

Acting head of Pahang Commercial CID, DSP Yap Huat Tian, ​​said the 65-year-old victim claimed she had been dealing with three money-lending companies she knew on the internet since last February because she intended to take out a loan of RM2.5 million.

“The victim claimed the money was intended to help his friend, a US citizen who was facing a business problem that left him unable to pay his workers and business tax.

“The man allegedly asked for the victim’s help with a promise to return the money after he successfully sold his father’s property,” Yap said in a statement today.

Afterwards, he said that the victim claimed to have been contacted by individuals claiming to be the agents of the credit companies asking him to deposit money into the account numbers given to him for various excuses, including to activate the account to transfer the loan.

The woman took pity on her male friend, he said, as she made 49 financial transactions on the accounts given by the suspects before realizing she had been cheated.

Indeed, her loan has still not been approved despite having exhausted her savings to complete the transactions as ordered, he said.

“The victim claimed that she was also threatened by a suspect when she said she did not want to proceed with the loan application after having doubts about the authenticity of the companies. The victim eventually filed a complaint at the police station. Bentong police yesterday,” he said.

Yap said the investigation is being conducted under Section 420 of the Penal Code which carries a maximum sentence of 10 years in prison and caning and is subject to a fine if found guilty.

He also urged the public not to be easily deceived by advertisements for money lending services on the internet, but to deal with licensed lending companies instead to avoid being duped.Bernama

Does having an electric vehicle affect your auto insurance?, Money News

What is a 401(k) Loan or Hardship Withdrawal? What do you want to know