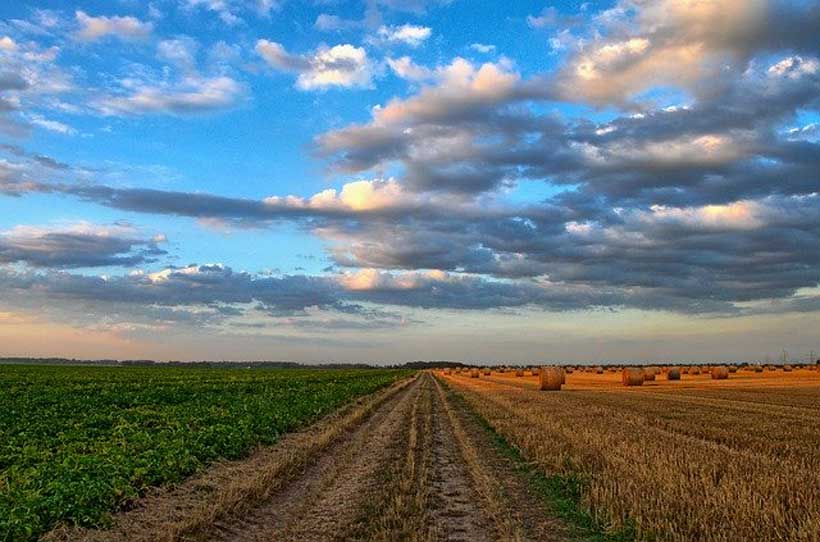 Agriculture remains a key driver of economic development in ASEAN. In 2018, it accounted for over a quarter of Cambodia and Myanmar’s total exports, while imports range from just 3% in Singapore to 15% in Brunei, suggesting that this sector is relatively self-sufficient, profitable and with a large export market. Agriculture is also the largest source of employment in most ASEAN Member States (AMS), from 29% of the workforce in the Philippines to 72% in Laos. However, agriculture accounts for a disproportionate 10% of the entire ASEAN economy, requiring a concerted effort by AMS to prioritize its development.

Total agricultural production and consumption have increased, as corroborated by the drastic increase in total agricultural trade reported by the ASEAN Statistical Data Portal. There is a remarkable increase since ASEAN’s first free trade agreement with an extramural partner, the ASEAN-China FTA, which entered into force in 2005. According to the Food Security Information System of ASEAN, the stable rise in rice, corn, sugar, soybean and cassava production and trade is due to improved productivity, better crop varieties and a supportive government policy . This growth is slightly offset by unfavorable weather, disasters and a decrease in planted areas; the latter due to falling demand and prices.

Although agricultural imports are steadily increasing, exports have fallen during specific periods – years 2009, 2012 and 2015-2016; exports also lagged behind imports. Additionally, using the Arkansas Global Rice Model, the supply of rice is only expected to increase by 1.37% per year, threatening the consumption of staple foods in ASEAN associated with a growing population. This shows that although significant progress has been made, several obstacles remain. For example, although tariffs have been completely eliminated in ASEAN-6, and close to zero in CLMV, there are still exceptions to sensitive lists. Non-tariff measures are increasing, especially in the more developed AMS. While not necessarily reducing trade, these measures increase compliance costs and can constitute trade barriers if not implemented effectively.

Nonetheless, notable efforts are being made to pursue liberalization. The Philippines enforced the Rice Pricing Act which effectively removes rice from the list of exceptions, allowing importation without a quota, but with tariffs. This is an important step towards an integrated and cohesive economy and sectoral cooperation within ASEAN. However, this immediately encountered opposition from farmers, NGOs and the urban poor who cite the negative social impact and lack of economic safety nets for those affected. This polarization is a grim reminder of ASEAN’s disconnected regionalism led only by heads of state. Nonetheless, the active participation of non-state stakeholders by lending their voices should be a welcome development for an integrated ASEAN community.

The challenges of agriculture

However, there are more fundamental challenges that threaten not only stakeholder participation, but the very goals of the ASEAN economic community. First, although the total volume of agriculture is increasing, its share in ASEAN’s GDP is declining rapidly. This is mainly due to the growing share of the manufacturing and service sectors. This change is inevitable, as a number of MSAs such as Indonesia, Vietnam and the Philippines are industrializing rapidly. However, ASEAN must ensure that the gains from agriculture are transparently transferred to agricultural economies. For example, generating inclusive and equitable growth for Myanmar means translating dynamic changes in the comparative advantage of AMS agricultural production in Myanmar’s rice fields. This is indeed happening in Myanmar’s growing share of ASEAN’s agricultural trade, but Laos and Cambodia have yet to achieve substantial growth.

The factors that favor de-globalization and protectionism also hamper regional agricultural development. The ASEAN-led RCEP has been delayed due to India’s failure to engage in an attempt to protect its vulnerable agricultural sector. Thus, the organizational maturity of ASEAN in adapting to flexibilities, potentially via ASEAN Minus X, will be essential to save the multilateral agreement. More importantly, protectionism still exists, especially in the less developed ASEAN economies, a holdover from competing agricultural economies in ASEAN as well as a consequence of opening up to cheaper products abroad. However, the macroeconomic model established for international capital and goods flows presents the most convincing case against protectionism because it ultimately leads to a decrease in overall trade, without having a long-term impact on the trade balance or exports. sharp; the loss of export demand means lower production and therefore lower incomes.

The good news is ASEAN’s proactive vision to promote the agricultural sector, as on the agenda of the ASEAN economic community. To this end, many initiatives have been undertaken by different ASEAN organizations. The ASEAN Integration Initiative is funded by ASEAN-6 to support the development of CLMV states through infrastructure, human resource development and regional integration projects aimed at reducing the development gap. Likewise, the ASEAN Development Fund finances short-term projects, especially in the poorest regions, to reduce income disparities. These two elements are used in the agricultural sector of CLMV to accelerate their economic development.

In addition, ASEAN has implemented initiatives around sustainability and increasing the overall competitiveness of the agricultural sector, including the ASEAN Regional Public-Private Partnership Framework for Technology in Agricultural Sectors. food, agriculture and forestry; and the ASEAN roadmap for strengthening the role of agricultural cooperatives in global agricultural chains. . The latter, in particular, will further integrate ASEAN agricultural products into global value chains and establish backward and forward linkages in national production chains. In addition to ensuring equitable growth and improving access to global markets, these initiatives also aim to eradicate poverty, deepen regional integration, improve sustainability, nutrition and food security. The work plan around these covers the standardization of the quality and quantity of products,

resource sustainability, trade facilitation, economic integration and market access within and outside ASEAN. Best practices and SOPs in livestock, agriculture, aquaculture and sanitation were also finalized. All of this will accelerate the growth of the agricultural sector while mitigating the impact of adverse events such as disasters and economic shocks such as the decline in Malaysia’s oil and rubber trade.

Towards the ASEAN economic community

The fate of the ASEAN agricultural sector lies in the careful implementation of the vision of an integrated, competitive and equitable ASEAN economic community. Without strong engagement, ASEAN’s development will be relegated to persistent lags, as evidenced by the current development gap, thwarted liberalization and trade protectionism plaguing AMS economies. Nonetheless, ASEAN’s proactive initiatives have served to accelerate the creation of an economic community, which in turn will further strengthen ASEAN’s primary sector.

Fast food sales pick up thanks to drive-thru