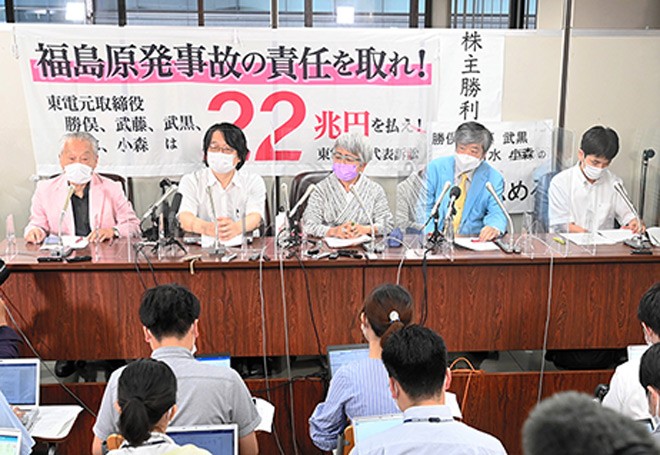 VOX POPULI: Leaders of electricity companies should think about liability in the event of an accident

I see something akin to chaos in the particularly varied conclusions reached by different courts in their verdicts on the 2011 nuclear accident at the Fukushima No. 1 nuclear power plant, operated by Tokyo Electric Power Co.

Some courts have ruled the government’s long-term assessment, which pointed to the possibility of a major tsunami at an early date, as scientifically sound, while others have cast doubts.

Some verdicts have seriously questioned the liability of plant operators for failing to implement tsunami countermeasures, while other courts have ruled that the government cannot be held liable as a regulator. because the disaster would have occurred regardless of the countermeasures in place.

Judges are human. As long as their decisions are made independently, I think it’s natural for their opinions to vary.

But like a kaleidoscope where orderly patterns are created out of the mess, it may be possible to see a broad pattern emerge from the chaotic jumble of various court rulings.

When an accident occurs at a nuclear power plant, the responsibility of the government is not too harshly implicated, but the company and its leaders must pay a huge price.

If this decision is upheld, the defendants will likely have to sell all of their personal assets and, if necessary, possibly file for personal bankruptcy. This is the very magnitude of the compensation they will have to pay.

The industrial-bureaucratic-academic complex dealing with nuclear energy is nicknamed Genshiryoku Mura (nuclear energy village) in Japanese. The “villagers” share common interests, but they do not share a common destiny.

I wonder what current TEPCO executives think of the reality that has emerged from the court rulings to date.

And the government, whose destiny remains independent of that of the village, began to demand louder the return to service of the nuclear power stations.

I respectfully suggest that utility leaders think very carefully, as many times as necessary, about the real value of 13 trillion yen.

Vox Populi, Vox Dei is a popular daily column that covers a wide range of topics, including culture, arts and social trends and developments. Written by veteran writers from Asahi Shimbun, the column offers helpful perspectives and insights into contemporary Japan and its culture.